Tereza Nagyová has been living with her aggressive form of Crohn's disease since the age of 18. After a few years, her disease lead to a stoma (artificially created intestinal outbreak outside the abdominal cavity). Following her experience with how little the stoma is publicly spoken about and how little people know about it, she decided to raise awareness of the subject under the auspices of the ILCO patient organization, then on her blog NEJSEMTABU. Later, in collaboration with Revenium society, she actively launched educational seminars for stoma patients and nurses, and, within her company, MyPouch, she designed a collection of underwear and swimwear for stoma patients for which she was also awarded grants by government committee for people with disabilities. However, she is involved not only in her work concerning stoma. She was a curator of an exhibition of works of patients with multiple sclerosis, Journey to the Rainbow. In addition to the undisputed quality of her work,  her personal and human overlap that positively affects all people around, is the reason for appraisal.

“I was extremely pleased with the Olga Havel Award. In our family, we highly respected Olga and Václav Havel and we were educated according to Masaryk's model and principles, which is why it makes me twice as happy,”says Tereza Nagyová.

Josef Cerha started to lose sight in very early age. Yet, he was not afraid of his handicap and successfully graduated high school, university, and became a doctor of philosophy. The problems for blind and visually impaired people started to be a subject of his interest during his university studies. Later on, he worked with severely visually impaired children and youth, in cooperation with other specialists he organized rehabilitation stays for parents of blind and severely sighted children. In 1986, he published a handbook for the guides of a blind.

The award ceremony took place on 27 May in the New Building of the National Museum. It was moderated by Justin Svoboda. Brixi's Academic choir performered at the ceremony.

MUDr. Milena Černá for her commitment to enhancement of civil society 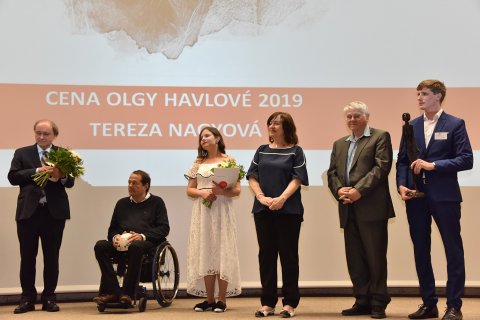 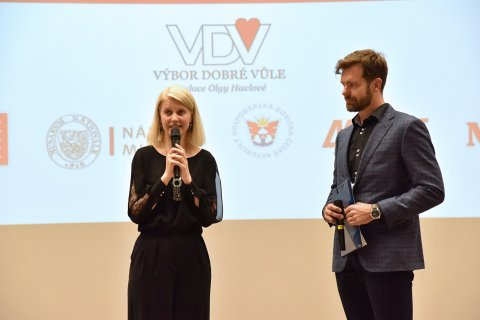 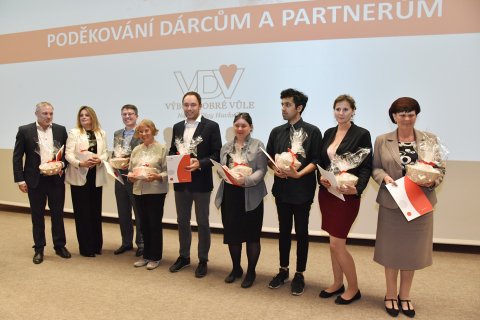 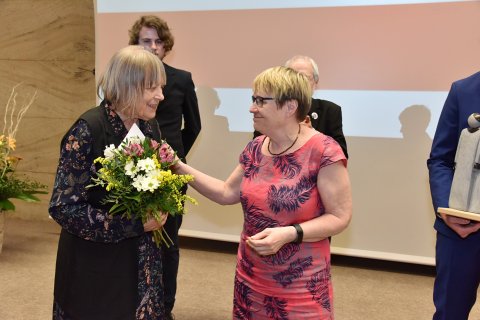