The Olga Havel 2017 Award was presented to Naděžda Nováková, the chair of ROSKA Ostrava, for her long-term work for the benefit of people with multiple sclerosis.

Naděžda Nováková comes from Šenov near Ostrava. She went to an elementary school there, graduated from the electromechanical school and then was employed at Nová Huť iron works, Ostrava. In 2004, she had to leave her job because of her diagnosis - multiple sclerosis.

Naděžda Nováková has been cooperating with ROSKA Ostrava since 1999 and she was elected its chair in 2003. Besides her paid job in the ROSKA MS Centre, she organises tours, conferences, seminars and always invents new activities for free. Her most significant project is the educative conference for MS patients and their family members which takes place at the Klimkovice Spa every year and which belongs to the biggest events for MS patients in the Czech Republic.

"Do not say that you are not able to when you do not want to, because the days will come when you will want to and you will not be able to.” Naděžda Nováková's favorite quotation by Jan Werich.

The Olga Havel Award Ceremony took place on May 29, 2017 at the Cernin Palace in Prague. It was held under the auspices of Lubomír Zaorálek, Minister of Foreign Affairs of the CR, Miluše Horská, 1st Vice-Chair of the Senate of the Parliament of the CR, Renáta Chmelová, Senator, Eva Špačková, Councillor for Education, Civil Society and the Municipalities of Prague 1, the Representation of the European Commission In the Czech Republic, the Ministry of Labour and Social Affairs of the CR and the Diplomatic Spouses Association in the CR. The Czech Radio, Radiožurnál was the main media partner; ČSOB, DVTV, Economia, Radio 1, Collective Production and Petra Měchurová - Hair Design were other media partners.

The ceremony was moderated by Jan Smetana and the Malostranský Chamber Quartet MAKOM performed several pieces of music. The OHF also thanked its distinguished donors and partners and appreciated excellent projects by non-profit organizations on this occasion.

The laureate of the Olga Havel Award has been chosen by the jury out of 26 nominees, this year for the 23rd time already. However, for the first time, the general public had the chance to choose their own awardee which came from online voting on the www.cenaolgyhavlove.cz website. Michal Šimůnek, chairman of C-M-T, z. s., was presented the general public prize for promoting the interests and needs of people with severe neurological diseases. 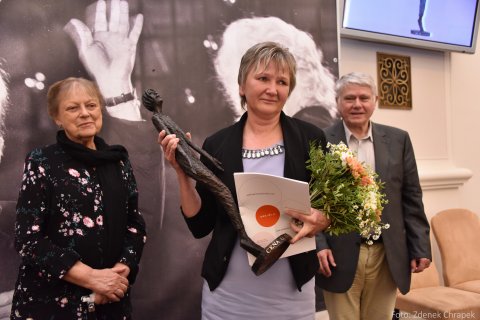 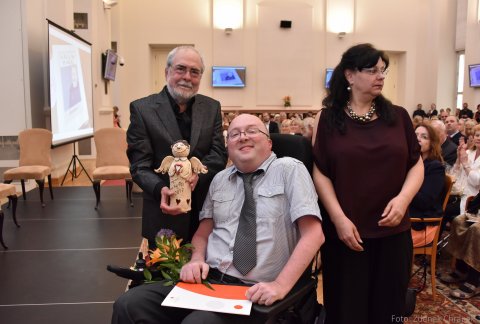 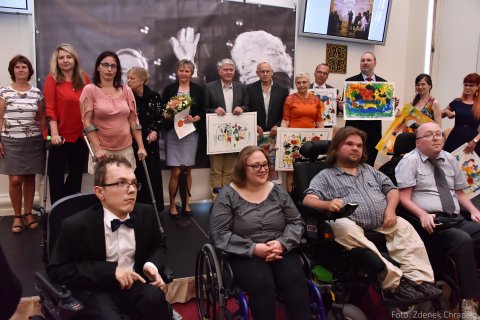 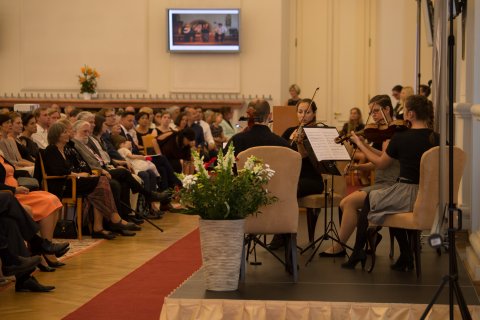 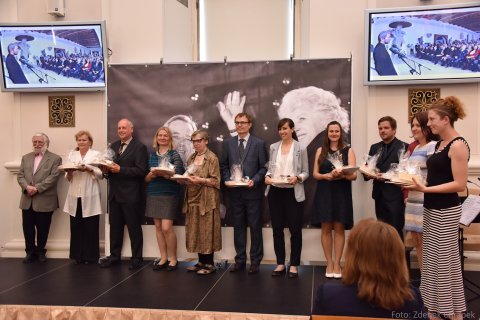