Jana Hrdá† was the laureate of the Olga Havel Award 1995.

The very first ceremonial awarding was held at the Lichtenstein palace on Kampa. The Award was handed over by Olga Havel personally. Additional program, led by Milena Vostřáková, included a performance of the band Bambini di Praga and virtuoso Jana Herajnová.

Jana Hrdá was born in Prague. She was originally a zoo technician. In 1978, she suffered a spinal cord injury and remained paralyzed for life. She fought for the right to take care of her two children Kateřina and František and with help of her friends managed step by step to organize her life and create a new home. After 1990, Jana and other wheelchair users established the Prague organisation of wheelchair users and began to organize courses of private assistance for the movement for the independent way of life in the Czech Republic. She took part on creating the social services reform in the Czech Republic. She was also one of the CoGW volunteers. In 1999, she published a biography “Lord is our Shepherd”. Mrs. Hrdá passed away in August 2014 due to long-term health issues.

Working at a foreign office of the Committee of Good Will 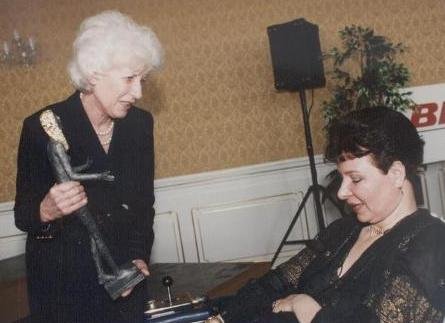