Eight-Year Travel of the Photo Exhibition

In 2010, while commemorating the 20th anniversary of the founding of the Committee of Good Will - the Olga Havel Foundation, we came up with an idea to present ourselves by a collection of photographs of Olga Havel, the OHF founder, illustrating her work for the needy. Thus, a unique collection of 33 photographs has been created in co-operation with photographer Ondřej Němec, a collection that has been travelling throughout our country and beyond its borders for already eight years.

For the first time, the exhibition was symbolically introduced in October 2010 in the Prague Lucerna Palace in presence of President Václav Havel – and it met with a very positive response. Since then, the exhibition has been travelling all the way across the Czech Republic continuously. It was presented in nearly 100 exhibition spaces such as libraries, museums and schools of different cities and municipalities. Exhibitions are often accompanied by meetings with the OHF representatives. In 2018, the exhibition became a part of a year-round project of planting 85 trees to commemorate the 85th anniversary of late Olga Havel's birth. The exhibition visited Kyjov, Přibyslav, Prachatice, Kolín, Poděbrady, Hradec Králové, Týniště nad Orlicí, Varnsdorf, Tábor, Vrchlabí, Neratov, Třeboň, Černilov, Šumperk, Proseč, Vsetín, Janské Lázně, Jirkov, Letovice and Kdyně.

Eventually, an accompanying text to the exhibition was translated into English, French, Polish and Lithuanian, so the photographs could have been presented abroad. They were introduced in Poland, where the exhibition has travelled for three years already, thanks to an active support of the Czech Centre in Warsaw and its director Taťana Langášková. In 2018, the exhibition went along with planting of three Olga Havel trees in Kudowa Zdroj, Wroclaw and Warsaw, and the screening of Miroslav Janek's film OLGA.

In France, the exhibition was taken under the wings of the Czech Centre in Paris. In October 2018, the GEN documentary about Olga Havel was also screened there followed by a discussion with its director Olga Sommerová, Olga Havel’s close friend Anna Freimanová, Kamila Leclerc, founder of the OHF sister organisation in France, and the OHF director Monika Granja. The exhibition boards will continue to accompany a newly created French play Havel's Country about Olga and Václav Havel.

In Lithuania, the exhibition is hosted by the Embassy of the Czech Republic in Lithuania, in cooperation with Janina Balsiene, member of the Lithuanian Women's Association. President Valdas Adamkus Library was one of the four places where the exhibition was presented in this Baltic country.

Our exhibition even reached India. Jiří Herynek, member of the OHF Board of Directors, took part in a mission to India organized by the Pons 21 group in November 2018. The exhibition was presented during the visit of Archbishop Peter Machado in Bangalore. An electronic version of the exhibition was handed over to Sister Maria Goretti by a delegation during their visit to the Mansapure School, attended by most of the children from the Child Sponsorship Programme.

The exhibition about Olga Havel is not coming to the end of its travels. Until 2020, we have a confirmed interest in its installation in our country as well as  abroad. For example, in 2019, when we commemorate the 30th anniversary of the Velvet Revolution, the exhibition should be presented at the European Parliament in Strasbourg.

We thank all the libraries, museums and other institutions for their interest in the exhibition and its presentation to the general public as well as to the Ministry of Foreign Affairs of the Czech Republic for its support in the framework of the public diplomacy projects in the field of foreign policy of the Czech Republic and international relations. Above all, we thank all of you who took their time to see the exhibited photographs reminding us not only about Olga Havel's personality but also for the need to help people who found themselves in difficult life situations. 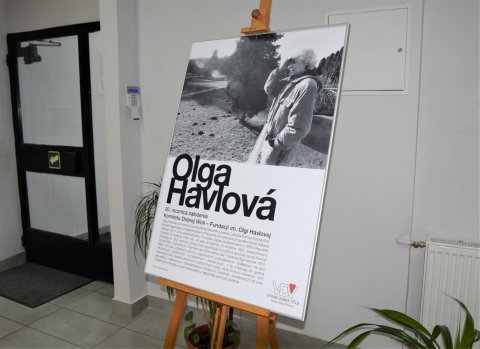 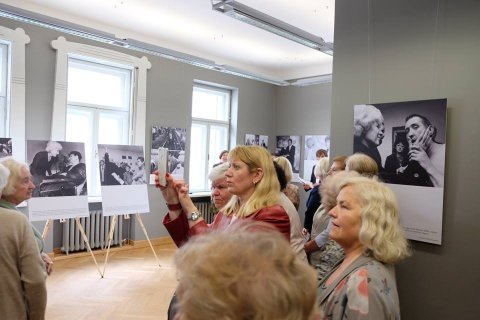 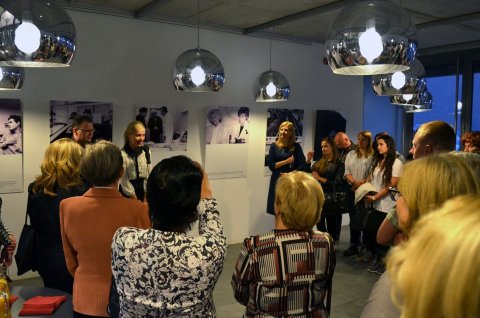