We are sad to inform you that Dr. Milena Černá, long-time director of the Committee of Good Will – Olga Havel Foundation and later chairwoman of the board of directors, passed away.

Dr. Černá made a major contribution to the development of charity and social services in our country after the Velvet Revolution. The Chartist´s doctor and a close friend of Olga Havel, died.

„Milena Černá has already accumulated a huge amount of experience for the Committee during the first years of her activity. She had the advantage of being a doctor, so she understood medical as well as social issues, and became acquainted with many programs throughout the country. It was a huge professional support for us on the board of directors, who were not so well acquainted with some topics. And she did it not only as a job, but as a mission, which is very important,“ recalls Ivan Douda, a member of the board and also one of the founders of OHF, adding: „Milena Černá fully fulfilled the original intention why the Committee of Good Will was founded by Olga Havel. That is, to help those most in need and at the same time to participate in the atmosphere of the philosophy of help.“

Dr. Milena Černá was also the chairwoman of the Czech branch of the European Network against Poverty. She also worked for the Rozkoš bez rizika organization, which helps people with risky sexual behavior in the prevention and treatment of sexually transmitted diseases.

„A woman full of humanity and understanding for all those in need and irreconcilable to those who have done evil has died. Great warrior. Even in her serious illness, she was able to resist and was a hope for others,“ recalls her memory of Mrs. Černá Hana Malinová, director of the Rozkoš bez rizika.

On September 28, Milena Černá was awarded a silver medal in memoriam by H.E. Miloš Vystrčil, the President of the Senate of the Parliament of the Czech Republic. 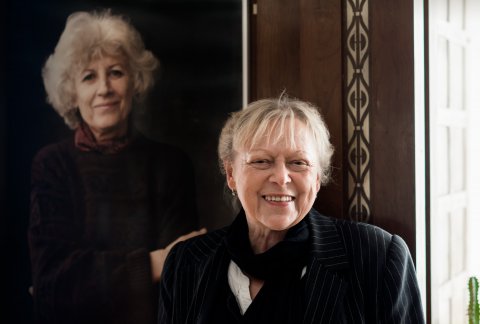