For the 30th anniversary of the founding of our organization, we have prepared a limited edition of the charity calendar for 2021 with photos by Olga and Václav Havel.

The calendar contains photos by Ondřej Němec, a former photographer of Lidové noviny and a current collaborator of the Václav Havel Library. The texts were prepared by the journalist and our volunteer Irena Šatavová, the graphic layout was prepared by Pavlína Najfusová. Proceeds from the calendar will be used to purchase wheelchairs, hearing aids and other aids for people with disabilities.

In addition to helping people with disabilities, the calendar also commemorates the 30th anniversary of Olga Havel's trip to Taiwan. Senate President Milos Vystrcil presented it to President Tsai Ing-wen on his official trip to Taiwan.

"Olga Havel visited Taiwan as the chairwoman of the Goodwill Committee Foundation at the invitation of the Taiwanese charities. It was 30 years ago in 1990. I say it because men should realize that women often know better and sooner what is right and they are also often more brave," said Miloš Vystrčil in his speech at the National Cheng Cheng University in Taipei.

You can book the calendar here: kubinova@vdv.cz for a voluntary contribution in the minimum amount of 500 crowns. 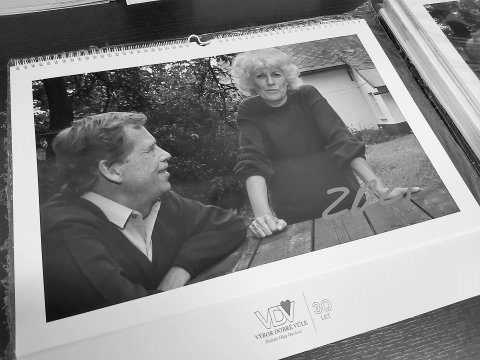 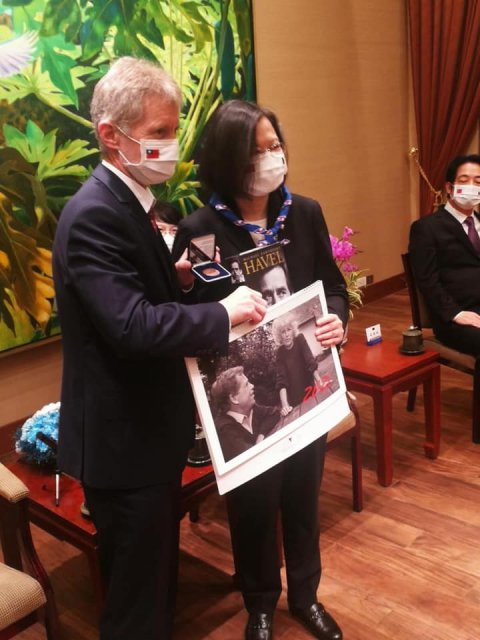