The OHF award in Czech Press Photo competition was presented

This year, the OHF presented the My Life with a Handicap award in the prestigious competition Czech Press Photo for the fourth time already.

The ceremony was held on November 21 and Michal Babinčák became the awardee for his photo called Life, which he made in the excluded Roma locality in Slovakia.

"The photo was captured in April 2017 near Vranov nad Topľou in eastern Slovakia in a Roma settlement. In a small room there were two opposites, a healthy newborn and a little girl suffering from polio. That's life...

... I really appreciate that I have received this Olga Havel Foundation award. Thank you."

More about the My Life with a Handicap award 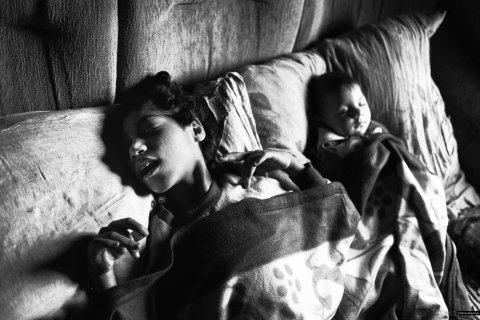