Project for the Homeless Roof First

Vojtěch Sedláček is associated not only with social entrepreneurship but with one purely charitable project in cooperation with the Naděje organization as well. It is a completely new activity, which aims to provide free accommodation for homeless people.

How did you even come to this idea?
I was thinking about interconnecting employment of homeless people with entrepreneurship in my social firms. It was not possible for a couple of reasons. First, when one becomes homeless he or she doesn´t get money from a state because there is no PLACE where a state can - according to the law - carry out investigations about his or her poverty; it is impossible to do it under a bridge. Simply the lack of a permanent accommodation is a basic problem No. 1. Second - virtually insurmountable - problem is that these people usually have huge debts and a court order to repay them, which leads to a significant reduction of one’s salary. People than have no motivation to work. And employers find it difficult to deal with them even from other reasons – e.g. homeless people usually do not have a bank account, which means the employer would have to pay them in cash and on a daily basis. Simply said, applicable regulations do not provide a real basis for employing of the homeless.

So did you give up?
No, I didn’t. I was horrified by seeing how people, who become homeless for the first time, rapidly lose their social intelligence. They do not know how to survive on a street, where to hide, keep their stuff or handle the local groups, who push them away. It is worse for men. There are less homeless women and they usually get help from someone who shows them what to do and how to avoid fundamental mistakes when living on a street. So these are all reasons why I came with the project “Roof first” which, in cooperation with Naděje organization, has been tested for almost a year now.

What is the aim of the project?
When a new person becomes homeless, field worker finds him/her and we offer him/her a free accommodation for a month in addition to the necessary social and healthcare support. First days on a street have devastating effect on one´s personality and that´s why it is so important to shorten this period of disorientation as much as possible. The project tries to provide homeless people with some time to find a job, take care of their personal documents, social benefits and so on. Employees from Naděje organization can offer even longer accommodation than one month if needed.

So you prevent them from falling to bottom?
Indeed. It is important to catch them and avoid a free fall into the life on a street, from which it is difficult to come back. Dirty homeless people who stink quickly lose self-confidence; they feel ashamed in front of their families and often get in conflict with our society that treats them with disrespect. The only exception is Roma population as their mentality allows them to handle the situation better and help each other within their community.

Who is financing the project?
At the beginning I gave approximately 130,000 CZK and later people started to send donations. The important fact is that all money from our donors is used completely for the purpose of accommodation, which is provided by organizations working with homeless people. They have different shelters and hostels but do not have the money to run them. So now it fits together well.

How do you evaluate the ten-month progress?
We consider the project quite successful. By the end of July, approximately 140 people participated. The statistics are not quite conclusive as we have no feedback from ca. 25% of them – we do not know how they are doing later. However, almost half of them were able to find a job and a place to live in less than a month. It was shown how important self-confidence is in the process of returning back to society.

Why does the project not get more publicity?
First we wanted to find out if it works. Now we know and anyone in Prague can join us. This model may be adopted in other cities as well.

Have you seen anything like this in other countries?
I was surprised when I saw homeless people in the US – when they are hungry they simply go in front of McDonald’s and some customers buy them food. It doesn´t work this way in our country yet, but there are other ways to get food here, e.g. Salvation Army works effectively. But the Roof First project is not based only on the idea of providing food and bed. Its aim is to help those who are still willing to do their best to avoid homelessness. 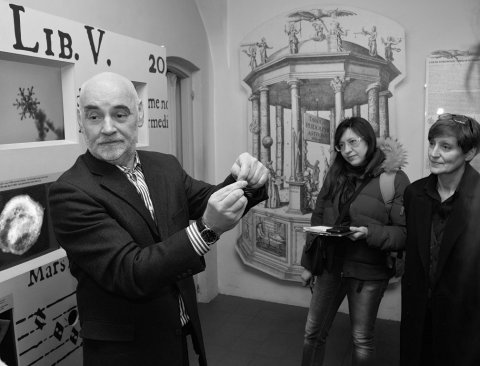