Olga Stays with Us media campaign

The Committee of Good Will - Olga Havel Foundation has launched an educational campaign reminding a legacy of its founder Olga Havel.

The aim of the campaign, based on truth stories, is to attract public attention to the problems of people with disabilities and socially excluded people and to underline the importance of providing assistance to those people. By the campaign, the Foundation marks the 20th anniversary of Olga's death and also refers to the fulfilment of her legacy.

An animated spot telling five stories of people whom the Olga Havel Foundation helped is a basis of the media campaign. The spot was created by a team of young artists led by a screenwriter and director Martin Dušek. Kateřina Kynclová, graphic artist and illustrator with a distinctive style, Šimon Holý, composer, and Bára Barabáš Štěpánová, actress, formed also the creative team.

The spot "Olga stays with us," runs on the Czech TV. It is also broadcasted in the cinemas Aero, Bio Oko, Světozor and Lucerna and on the screens of the Prague metro stations. In February, the campaign also extends to an advertising space in suburban trains of the Czech Railways Company. 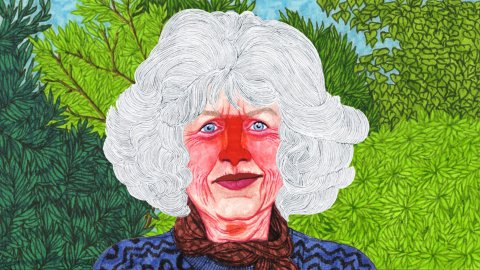