We speak the same language

One day, shortly before Christmas, Oda Wommer showed up at the Foundation. She spoke German. Beaming smile, rounded figure, calm temperament, melodious voice. I think the main reason why she came to the OHF was because of the personality of Bishop Václav Malý, member of the OHF’s Board of Directors. She wanted to reveal her life's secret only to him. She began arriving regularly and met Václav several times. Each time, she brought her savings as a donation to the Foundation. However, she wanted to volunteer in the Foundation in the first place.  She usually came before Christmas, at the time when Christmas cards and newsletters about the Foundation activities were sent out into the world. She used to put the prints into envelopes patiently, stamped them and stuck the address labels. We are grateful for her coming from Germany always in the nick of time.

Step by step, we became acquainted with her fate. Her family came from the Sudetenland.  Oda spoke about this subject very carefully but, it became clear soon that she belonged to that group of German citizens who considered the Sudetenland their homeland and who called their nationality Deutsch-Böhme. And thereby, without any bitterness, they raise their children as well.

I remember the book "Jsem prostě Sudeťák” (I'm simply Sudeten man) by Rudolf Schnittner. People born in that region consider it their homeland and there is no way how to change their mind. Oda - by my opinion – feels more Czech than German notwithstanding she speaks no Czech. She found understanding in the Olga Havel Foundation and handed her feelings of “being at home” over to the Foundation. Despite various difficulties, she still visits us, spreads around a positive atmosphere and remains our enthusiastic volunteer. 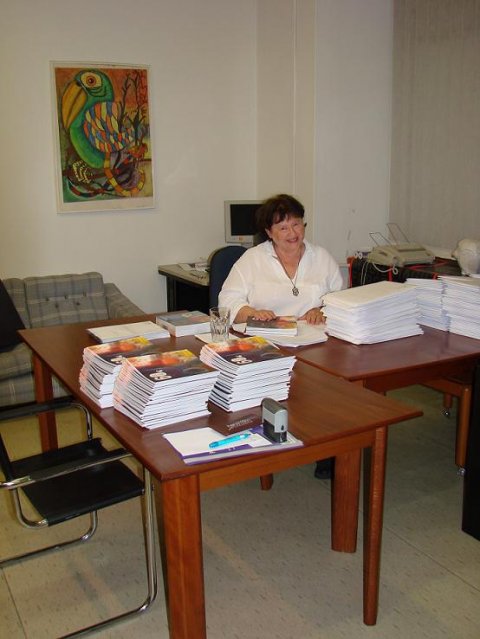