Nobody is Born with the Intention of Becoming Homeless

A non-profit organization Salvation Army has been applying for the OHF grants to support the activities for socially excluded people regularly since its work in the Czech Republic started.

“We have been receiving financial gifts and significant support to help people in need,” says Pavla Vopeláková, secretary of the National commander and Salvation Army spokesperson.  “Milena Černá, the OHF director, has always been an amazing supporter and taught us how to approach people in need properly,” she said at the beginning of our interview.

How do Czech people feel about the homeless?
Czech society does not accept homeless people. The very term “homeless” is used as an insult even among children. We have records of physical abuse, burns, and even murders. We are trying to influence the negative public opinion. For example, by showing how many users of our services work and do their best to keep at least at some level in this not-so-friendly society.

What should we change in our thinking in order to improve the situation?
One thing we can change immediately is not to ignore homeless people. We should stop turning away or crossing a road when we see them. They are still human beings for who a street represents their - hopefully short-term - home.

What are the major causes of homelessness?
One doesn’t become homeless just like that. It is caused by a complexity of situations, which are mutually interconnected. Then there is the last straw, and one suddenly becomes homeless. The most common reason is a lack of money for rent. Homeless people are not able to catch up with society. They are jobless and often limited by a handicap. In addition to that they have no social background.

How important is a role of a family in the homelessness issue?
A family is the basis. To be born into fully functional relationships and to grow up in an environment of love and support, where family members can rely on each other and share their dreams, joys and concerns, it is the most important thing. Homeless people usually come from families with broken ties and remedy is sometimes impossible, or at least demanding.

What do homeless people need in order to get back on their feet?
Decisiveness, bravery and the awareness that they got a new chance. That they were offered an alternative to their life.  They have to be interested in solving their situation and need a support. Many of them have simply resigned…

How many of them succeed according to your experience?
We have to accept the fact that some of them will be homeless forever. Homelessness is actually a disease and investment in treatment is huge. We are constantly fighting and searching for new solutions. The situation is difficult for the patient himself, people around him as well as doctors. Sometimes we win; sometimes we don´t. Homeless people do not realize the opportunities they have. They feel hopeless and don´t know how to change the situation. They need to be offered a right cure and set an individual program. This will lead them towards a better life. In this moment we already talk about inclusion into a society. Clients who got to the phase of a social housing are successful in returning to a normal life in 80% of cases.

What are the general characteristics of people, who tend to get into the difficult situation the most often?
Anyone can become homeless. It used to be mostly former prisoners in the past or people who couldn´t handle the loss of their job. Today we can find men, women, children or whole families living on a street.

Let’s say that somebody who got into trouble contacts the Salvation Army. What happens next?
We follow a social service system called “Step by step”. It is based on field work; social workers visit locations where homeless people linger and offer them help. Next step is a daily centre, where the homeless person takes a shower, changes clothes, gets some food. Then we provide the so-called sleepovers in a hostel and the last step is a shelter, where we work consistently with the client with a focus on his/her needs.

We all know that the Salvation Army is a Christian organization that provides also spiritual support. Do you think faith is important for homeless people?
We offer them soup, accommodation, and an individual solution to their situation. At the same time we believe that a complete change is only possible at the moment when a person in a hopeless situation becomes aware of the amazing God's grace available to anyone. We´ve experienced situations when not us nor our organization but God's grace saved human lives. We had thousands and thousands of clients during 25 years. Just last year we supported more than 13,000 people.

Would new legislation decrease the number of homeless people?
Everybody should know that prevention is seven times cheaper than the subsequent dealing with the situation when a person is on a street. Legislation change would improve conditions for offering social services focused on individual or social housing, which would capture as many homeless people as possible. Conceptual work with the homeless is being done in many countries but is never a 100% success. It would be naive to think that homelessness could ever disappear. As I mentioned already - what works is prevention. 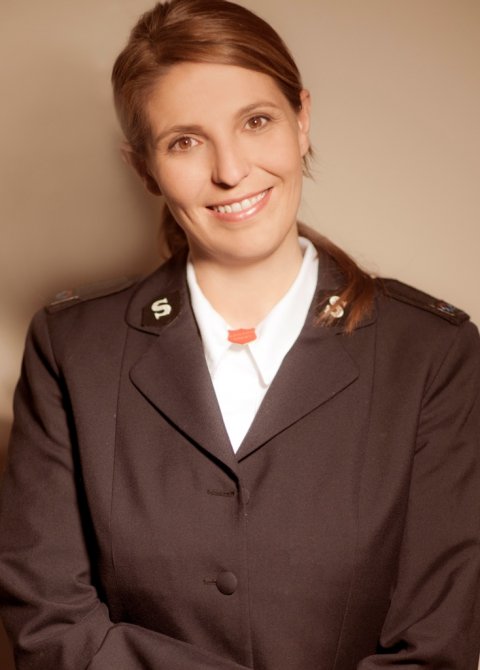 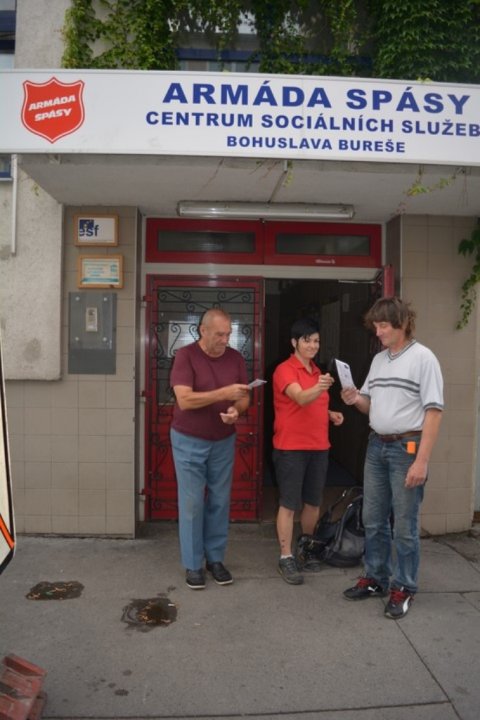 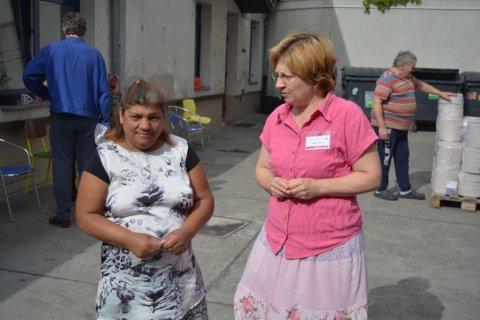