Meeting of the Sister Organisations in Prague

Establishment of the Committee of Good Will – Olga Havel Foundation has motivated groups of Czech compatriots in western countries to set up organisations to support its activities.

At the beginning of 1990 and in the following years, sister organisations were established in Austria, the United Kingdom, Norway, Sweden, Switzerland, Netherlands, the USA, Canada, France and Germany. Those establishments were acts of compatriot´s loyalty to their homeland, just after November 1989. 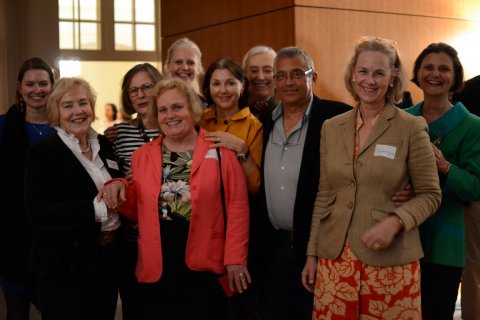