Kateřina Kynclová and Her Red Noses

It was difficult to miss – the Czech TV spot reminding the 25th anniversary of the establishment of the Committee of Good Will – Olga Havel Foundation. Although the spot is quite short and runs fast, one could hardly go without noticing the rich white hair so typical of Olga Havel, founder of the OHF. In this interview, young artist Kateřina Kynclová talks about creation of an idea behind the spot.

Although Katerina looks like as she was in her teens, she completed her studies in the department of illustration at UMPRUM last year and she celebrated her 26th birthday in March 2016. It has been her first year as a freelancer; however she has already created numerous artworks (katerinakynclova. tumblr.com).

“I’ve been interested in drawing since primary school. Maybe I inherited genes from my grandpa, who was a landscapist and loved to paint even though he did not finish his studies. My father is an architect. I went to Secondary Graphic Art School in the town of Jihlava and then I decided to study illustration in Pilsen, where I acquired my bachelor’s degree. Then I completed my Master’s degree in illustration at UMPRUM in Prague,” Kateřina described her artistic path. She would like to create book illustrations; however, there is lack of job opportunities in the profession. She publishes her works in magazines, creates PC games illustrations and blogs, designs wallpapers for apartment and café interiors, creates original business cards and also works with printed porcelain. “Portraits are my favorite,” she revealed. She came up with her own, easily recognizable style – red nose.

The red nose is typical also for Olga Havel in the OHF spot, so we had to ask Katerina what was behind the idea of a red nose.

She rugs her shoulders although she had been asked this question many times. It is just the way it is and she will have to dig deeper inside herself to find out why. But when it came to describing how the spot was made, she was very clear and happy to answer. A screenplay made by director Martin Dušek in cooperation with producer Zuzana Kubíková was a starting impulse. Then, it was clear that faces of Olga Havel and those of five young people, who have received some kind of support from the OHF, would appear in the spot. “Each person represented a specific kind of handicap, yet there was something they all had in common. All of them were wearing a halo with white hair in the style of Olga Havel, who passed away 20 years ago. I received photos and by them, I made two portraits for each character, one of them captured the particular person with some gesture - a smile, blink, or so.”

To tell the truth, the spot runs rather fast and only a keen eye can capture the changing faces.

“Indeed!” Katerina laughs. “Originally, we wanted to symbolize six different areas in which the OHF provides its assistance, via six stories. Nevertheless, the sixth one didn’t fit in due to the timing of the spot!” Don’t be mistaken - although the spot is only twenty-seconds long, it took her one month to finalize it. And it was possible only because she worked every day, morning to evening, sometimes even nights. She visits her parents in Jihlava to get rest; she enjoys walking and wandering in nature. She often goes for trips with her family – her dad is an enthusiastic photographer, so everybody has to wait for him to capture everything around him. Katerina also enjoys riding a bike, however, hers was stolen last year in Prague and so she’s been traveling by foot since.

And what would be her fascination?

“Sea. I was twelve when I first saw it. Second time was last year in August. And was fascinated - the sea, ships,… I hope to go back to sea soon and maybe it will once become another theme for me.”

So, Katerina, may your artistic as well as personal dreams come true! 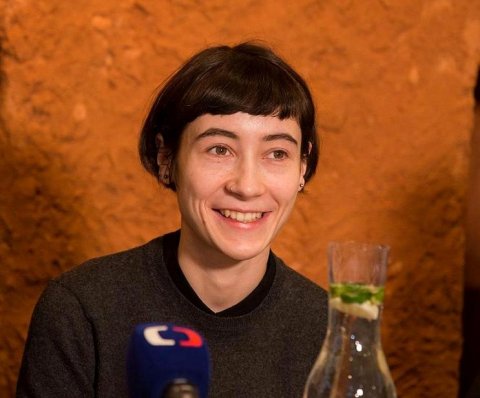 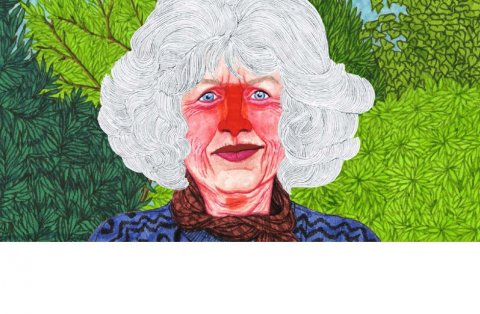 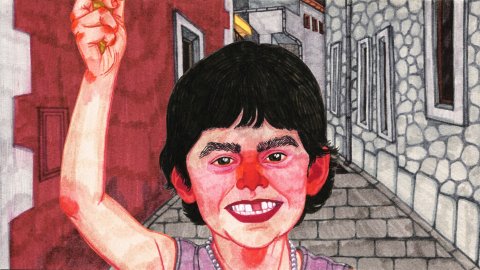