Interview with our donor Tom Velan

Olga Havel remembered A. Karel Velan as the man who, during her first visit of Canada in 1990, inspired the idea of ​​setting up the Committee of Good Will. Together with his wife, they supported Olga Havel and her foundation for a lifetime. This summer, their youngest son Tom visited the Czech Republic, and it’s clear that he walks the same path...

Olga Havel remembered your father, A. Karel Velan, as the man who, thanks to his generous gift in 1990, inspired the idea of ​​setting up the Committee of Good Will. Its aim was to raise money from donors and help those in need by improving conditions, especially in the health and social spheres. Did you know that it was your father who provided Olga Havel the means and motivation to start?

I did know that my father made the suggestion to Olga Havel that she should start a charitable organization when they met during President Havel’s trip to Canada. My parents were very happy when the communist regime fell and Czechoslovakia became free and democratic. At the same time, he recognized that the new democracy faced serious challenges and needed to improve hospitals and the social support network. My father wanted to help but he understood that there wasn’t the same philanthropic tradition in Czechoslovakia as there is in North America. That is why he suggested to Olga Havel to set up a charitable organization and he would be the first to start it off with a donation of $100,000.

Your father, together with your mother, who recently died at the very respectable age of 100, always remained a loyal friend of Olga Havel and a long-time supporter of the OHF, even after Olga passed away. However, you were born in Canada four years after they both left Czechoslovakia, so you do not have that immediate relationship to our country. Yet you continue their philanthropic legacy to the great benefit of our country. Why? What inspires you to do this?

Even though I was born in Canada, I speak Czech, my wife is a Slovak who left Czechoslovakia in 1968, and I have many relatives in the Czech Republic as my grandmother had 13 siblings. On my trip this year, I invited relatives to a lunch in Brno and there were 22 of us. Even though I never lived there, I definitely feel a close connection. I met Olga Havel a few times with my parents and helped organize a fundraising event in Canada that she attended. We were very impressed by Olga Havel’s passion and determination to help her country and people in need through the Committee of Good Will.

This summer, you visited Blansko, where the Tree of Olga Havel was planted alongside the Tree of Olga Velan to respectively commemorate Olga’s 85th birthday and your mother’s 100th birthday. You visited Domov Olga (The Olga Home) and Centrum Velan (The Velan Centre), which your parents founded. How did you feel there? Did those facilities impress you? Did you have the opportunity to talk to their inhabitants about how they live and what they need? If so, in English or in Czech?

My parents often spoke about the Domov Olga and the Kratochvils so I was glad to finally visit. My mother was very touched that they were planting a tree in her honour and I was glad I could tell her about it because less than a month later she passed away in her 100th year. It was a very sad and difficult year for us to lose both parents within nine months but they both lived great and long lives, 76 years married together and nearly 80 years together since they first met. The funerals were more like a celebration of their lives. We put together many pictures and videos, and we remembered their lives and what they meant to us. One of the defining events was their daring escape from Communist Czechoslovakia in 1948 and how tough that was both on the family that stayed behind and the new immigrants to Canada.

I was very impressed by what the Kratochvils have done with the Domov Olga and the Centrum Velan. It is much more than just a space for assisted living and in a short visit I had a good impression about the level of devoted and loving care. Everyone who lives there participated in the tree planting ceremony including dancing, singing and serving food. They also produce handicrafts in the Domov Olga.

I always speak only Czech when I visit the Czech Republic and I did speak with some of the people who live in the Centrum Velan. My sense is that they don’t have an easy life but that they greatly appreciate what the Kratochvils and their supporters have done for them in establishing the Domov Olga and Centrum Velan.

You have donated 200,000 crowns to serve the needs of the Domov Olga. Do you have a concrete idea of ​​what your donations should help? What would be good to improve?

I think they have a lot of needs and I trust that the Kratochvils will spend the money where they most need it. Also, I made the donation through the OHF and I appreciate the oversight and follow up that OHF provides on all projects with a view to maximize the benefit from the donations.

Your parents were also known for their charity work in Canada where they founded three shelters for women and children as well as their own foundation which annually grants the Velan Award to Canadians offering selfless and dedicated help to people in developing countries. Do you continue as the company president in these activities? If so, could you please tell us a little bit more about some of them?

My parents believed that it is a duty and responsibility to help the less fortunate people in our society and they passed that message along to their family. My father helped to create the Maison Olga in Montreal which has grown to have three shelters for homeless women in Montreal under the name La rue des Femmes. This organisation goes far beyond just providing food and shelter for homeless women. They welcome women in extreme distress who are broken and can no longer function in our society. They focus on healing the relational wounds to help the women get out of their state of homelessness and get back to a normal life. I am now serving on the board of directors of the Foundation La rue des Femmes and we continue to support this organization.

We are also continuing the Velan Foundation which supports a number of medical, educational, cultural and social work organisations. Canada is a relatively rich and socially advanced country but hospitals, medical research, schools and universities, cultural organizations and many others still rely heavily on charitable donations.

As you mentioned, we also have the Velan Foundation Award which is given annually to a Canadian who does outstanding humanitarian work in foreign countries, primarily in the developing world. The first award was given in 1981 to Cardinal Paul-Emile Leger for his work with leper colonies in Africa. We continue to give the annual awards which includes a $20,000 donation to support the humanitarian work that the recipients are doing.

Your father was known as a music lover, an astrophysicist, and a space research enthusiast, and he continued to exercise into old age. What are your hobbies? Will you tell us more about your family? Did you ever consider coming back to your parents' homeland? Would you like to show our country to your children? Is it possible to perceive the roots of your ancestors even after such a long time in another country, surrounded by a completely different environment, culture, history ...?

My father was very passionate about cosmology and he wrote two books about his theory about the origin of the universe. I haven’t written any books but I have many different interests. I also like to exercise every day. We have a cottage on a lake where we have a canoe and paddleboards and in winter there is cross country skiing.

Our children spoke Slovak pretty fluently when they were very young but when they started to go to school, they gradually lost the language. They visited Czechoslovakia several times and now we would like our two grandchildren to visit when they get a bit older. Both Dana and I have family there and I always feel welcome and at home when I visit the Czech Republic, even if I will never live there. 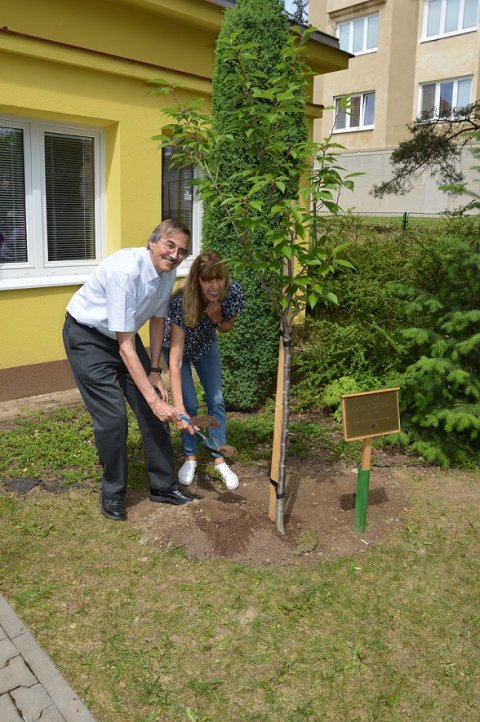 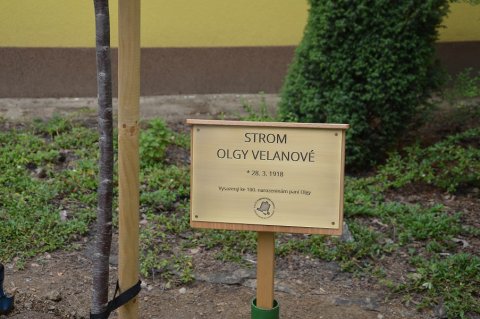 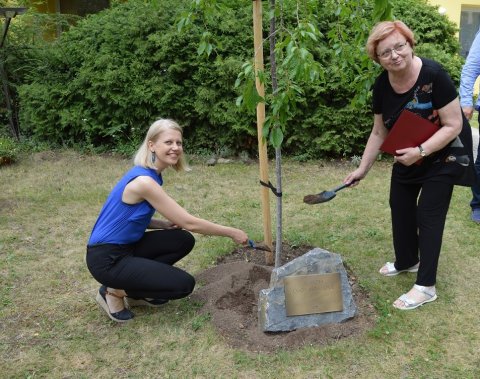 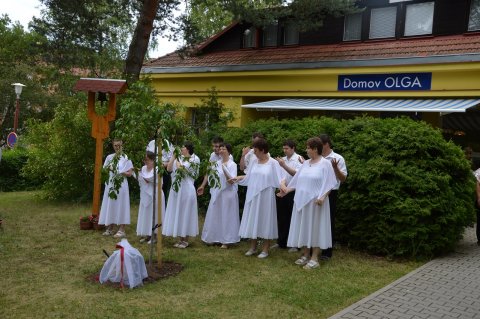 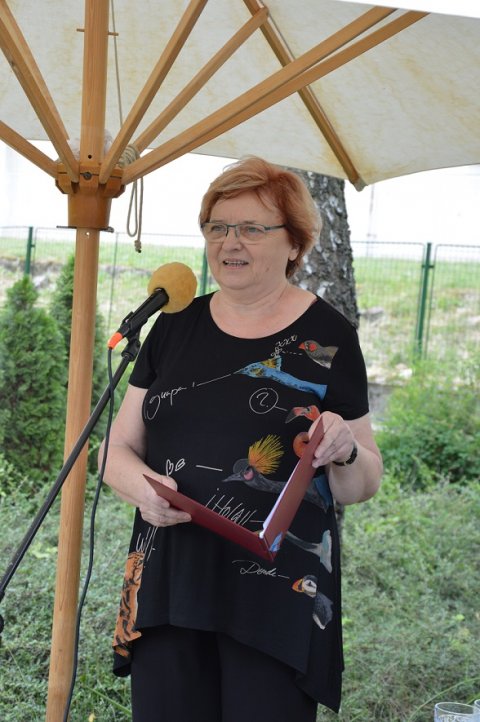