Mrs. Milena Černá studied medicine and due to her close relations with dissidents she was often called the physician for Charter 77.

She was forced to leave the Dermato-Venerology Clinics in 1986 and as a regular district doctor she became familiar with the reality in children´s foster homes, elderly and social care institutions.  After 1989, she naturally became active in the sphere of social affairs.  Besides being involved in Olga Havel´s foundation, she is the founder of  European Anti Poverty Network in the Czech Republic – a network of associations against poverty and social exclusion.

The origin of this interview was to be given one single characteristics then it would be synchronicity in the sense of “meaningful coincidences“.  During my studies in the US, I developed the interest and the passion for the role of civil society.  I also vividly remember the cold January in 1996 when I was standing long hours to pay tribute to Olga Havel and to sign the condolence book to commemorate Olga as my woman role model.  The final piece of the puzzle was completed in December 2014 when I had the privilege to facilitate the donation for the Olga Havel Foundation from the Rotary Club in Montreal as the Secretary of Rotary Club Prague International.  It was an incredibly moving moment.  The premises of Olga Havel Foundation – the Committee of Good Will – evoked Olga´s kindness, wisdom and overall the true humanistic spirit.  The Olga Havel´s Foundation – The Committee of Goodwill was perhaps the first foundation to be established after the Velvet Revolution.  In 2015, the Committee of Goodwill Celebrates 25 years of existence.  I realized that all the achievements would not be reached without Olga´s founding spirit truly embedded in the premises but also without the everyday involvement of Mrs. Milena Černá, who has been a director of the Foundation since 1993.

The full article on Leaders Magazine 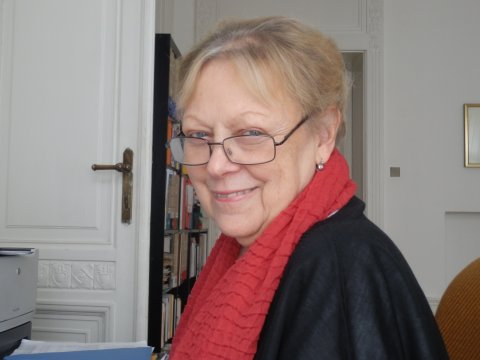 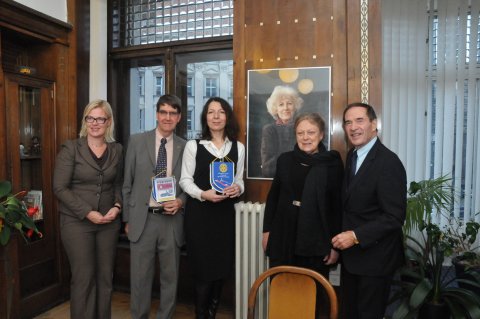