In memory of Olga Havel

ln February 1990, President Havel was on a state visit to Canada. When Mrs. Olga Havel, in a meeting with compatriots, described the plight of health services left by the communists, Mr. Karel Velan, a Canadian industrialist of Czech origin, offered to help.

Visiting Czechoslovakia 2 months later, his gift of $100,000 which went to a children's hospital in Brno, triggered the start of the Committee of Good Will (Výbor dobré vůle), known later as the Olga Havel Foundation. 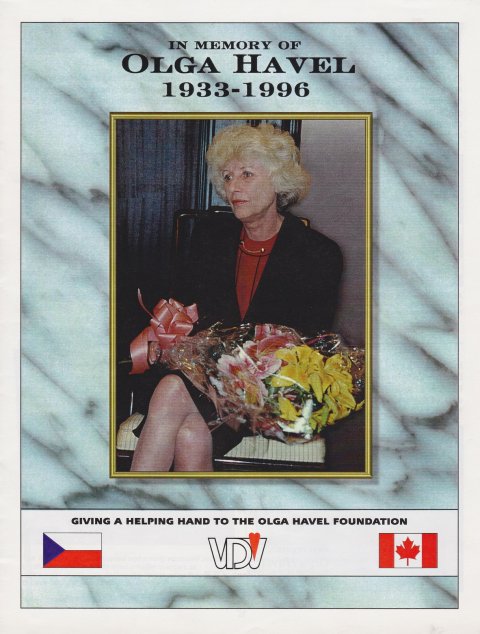