I have not seen my room upstairs since the sixth grade

The Education Fund supports 74 students with a scholarship this year. One of them is Honza who studies in spite of a serious illness.

Math classes can be a nightmare till the end of somebody's life. For Honza it is one of his favourite subjects at school. Similarly, he likes economics and accounting. He is convinced that one day he will be an accountant. But he could make a living as a programmer as well. He is gaining experience to each of the three professions with great gusto.

Honza attends the second grade at the Olga Havel Business Academy in Jánske Lázně. He lives in a boarding house during the week and his home is in Úpice in Trutnov region. The largest part of the money from the Education Fund (a joint initiative of the Committee of Good Will - Olga Havel Foundation and ČSOB) goes for boarding. The Olga Havel Business Academy is a unique school in many ways. In addition to wheelchair access it has its own rehabilitation centre, pool, and lessons are a little different here. It is necessary for Honza because of his disease.

Honza suffers from muscular dystrophy which causes progressive muscle weakening . But his optimism is enviable. He was born a healthy boy. The disease began to manifest itself when he was five. His parents began to notice that he did not run as fast as other children of his age. His condition deteriorated gradually and now an electric wheelchair makes his movement easier. But Honza looks on the bright side: "I still manage. I always say that it is necessary to appreciate every day. There are people doing even worse,“ he says, recalling a classmate with a dystrophy who due to the advanced stage of his illness must breathe with the help of a respirator.

Honza is mainly an optimist and partly a realist. He likes accounting but also sees the practical side: "I could not be a car mechanic like my dad because of my illness. I would not cope physically. It will be much easier for me in the office." In addition to accounting, he is also looking around for his future career in other fields. For example in IT. In computer class at school he can even give advice to his teachers. What his classmates have to learn he knows already. He spent most of his free time on the computer programming. "So far it's just a hobby, but I think that I would enjoy it as my job," says Honza about working on his computer.

In addition, he takes care of the school newspaper. Not as an editor, this is his roommate's job. Honza is a boss of the entire newsroom and arranges everything needed for its operation. On top of that he plays boccia, a relatively little known sport.

Honza lives in the family house with his father only . He is not in touch with his mother and her boyfriend. With some exaggeration, he considers some of his neighbours in Úpice his family, perhaps surprisingly: "We live in a small village, where all our neighbours help us as much as they can. When dad needs to go somewhere, they come to us and take care of me. They help us with everything."

Their house is not completely well equipped for wheelchair user. "So far," says Honza with an exclamation mark in his voice. "My father and me, we're staying downstairs only, where I have an access ramp outside. But now we are reconstructing our house. And we got money even for a lift. The actual reconstruction goes quite slowly, everything except for the lift pays my dad from what we save. But I'm looking forward to the end of reconstruction. Finally, I will see my old room upstairs. I wasn’t there since the sixth grade maybe." 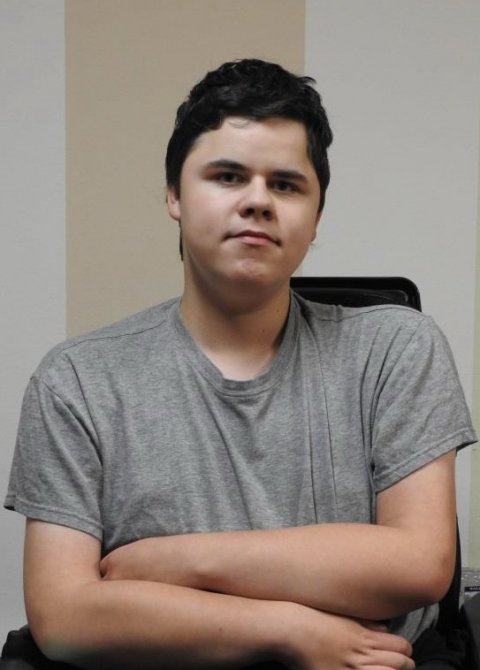