Within the European context, the term energy poverty signifies a situation in which one is not able to heat his own household sufficiently or at the expense of other vital expenditures only. Life under the dire conditions of energy poverty is depicted at the acclaimed photos of Mrs. Anna Šolcová.

Although her testimony is quite clear, it is without words. That is the reason why we decided to complement it with this interview. We discussed the causes, contexts and possible solutions of this problem with Martin Ander. Mr. Ander works for the New Modern Energy Union and he focuses specifically on energy projects at municipal level. He also worked as the guarantor of the project competition Social Innovations to Tackle Energy Poverty organized by the non-profit organization Ashoka.

Who is the most endangered by the energy poverty in the Czech Republic and how many people can be affected by it?

Single-unit households are mostly endangered here. Notably, senior citizens living alone in large houses of flats, households with single parent only or solo mothers with several children. In general, we talk about the households at the brink of poverty and people dealing with very difficult life situations (e.g. unemployment). According to the research done by the sociologist research company STEM, almost every fifth Czech household (from 15 to 20%) deals with the difficulties related to energy poverty during winter time.

Can you compare the situation in the Czech Republic with other European countries?

According to our data, it seems that the level of energy poverty in the Czech Republic is not considerably higher than in most Western European countries. It depends on the specific location, of course. There are certain post-industrial regions within Western Europe where more people are endangered by energy poverty than in our country. The situation is also worse in countries like Bulgaria or Romania where the lack of warm comfort in the rural areas can have truly fatal consequences. The risk of negative health consequences is present in our country, too. It is mainly the case with single elderly citizens who spend most of their time at home and the warm comfort is, therefore, very important for their health. Even though it does not present such a big problem here as in the other countries at this moment, we should not underestimate the situation.

Is it possible to predict the future development of the situation in our country? Should we be afraid of the further increase of the endangered households?

So far, we do not observe such trends. However, we can hardly expect the decrease of the energy prices anytime soon. The level of gravity of the problem is closely linked with the overall economic condition of the Czech Republic, though. It is wise to invest into preventive measures during the time of economic growth in order to get ready for the less plentiful times that are apparently unavoidable. It is necessary to take into account the fact that problems in global as well as in Czech economy will cause the increase of unemployment and because of that more and more people will be forced to actually choose whether to spend their money on heating or buying food.

This very dilemma is accurately expressed by English phrase “heat or eat”. Financial difficulties often bring about the unpleasant choices about the actual priorities. Is it really possible to talk about energy poverty per se and to tackle it separately? Why is it important to exclude it from the complex problem of poverty as a whole?

The issue of energy poverty is specific because it does not necessarily have to be solved by economic tools like the simple increase of income. Sometimes, assistance with simple tiny measures against the warm leakage might just do the trick. Investments into better sealing of a door or thermal insulation of windows can cost several hundred of Czech Crowns only and they will decrease the expanses into heating immediately. So, people can afford them without any changes in their income levels.

Can you elaborate on this topic more? What are the solutions at hand in order to tackle the energy poverty?

In fact, well targeted counseling constituted major part both at the Czech as well as at the international level of the competition. Most of the endangered people have a poor access not only to financial resources but to information as well. It is necessary to systematically assist all those less experienced, less educated and elderly people. We should find a comprehensible way to convey them the key information regarding energy efficiency, household economies, and savings without huge investments.

Quite a number of projects deals with the question of how to help the institutions that are supposed to take care of those people (retirement homes, healthcare homes, etc.). People pay a considerable amount of money in those institutions. The more they can save on energy consumption, the more can be spent on other services. It is, therefore, in the interest of state-funded institutions and municipalities to apply the principles of energy efficiency within their own buildings.

Another type of projects is focused primarily on the middle class citizens. Theoretically, they have a possibility to ask for grants in order to increase the energy efficiency at their homes. There is a plenty of programs such as the New Green Savings Program. Unfortunately, their usage is frequently limited because of their necessity to pay in advance. The basic barrier is that people are not often allowed to get loan for major reconstructions. Yet, even within this area new smart solutions have been emerging. Their aim is to find a way for middle class households to be able to deal with their expanses for energy use in the most efficient way.

Which other inspiring ideas were introduced at the competition organized by Ashoka?

Municipal projects also present an important contribution to the solution of the energy poverty. Municipal authorities have far better access to bigger amounts of money. Because of that, they can realize more ambitious projects for their citizens to benefit from. A project done by the municipality of Kněžice, which has been striving for energy independency for a rather long time, was regarded very favorably. A biogas plant that processes waste from the village and its surroundings was founded there. Now, this local source of energy can provide cheap heating to all houses in the village. At the same time, it is a win-win strategy because it creates needed job opportunities.

Last but not least, more transparency within the system of contractors and prices as well as better regulation of the entire sector could certainly contribute to overcome the energy poverty. The legislation dealing with heating and energy is very complicated and ordinary people can hardly orient themselves in it. This situation can be abused by the so-called energy bastards who target the most vulnerable groups of people (predominantly elderly citizens). They are often manipulated by the bastards to pay much higher prices than they used to pay before. Counseling can help here as well. First of all, however, the state need to function properly and make sure that everyone has right to withdraw from those disadvantageous contracts and forbid those immoral practices for good.

Does the state try to solve this problem?

The lawmakers are currently working on a brand new energy law that should regulate the situation. Hopefully, it will prevent all the bastards from making their dubious living at the expense of their uninformed clients.

What is the general approach of the state regarding the issue of energy poverty?

The topic has recently been the center of attention of state institutions. I attended international seminar organized by the Office of the Government, various ministries commission studies in order to map the entire situation. Unfortunately, those are mainly descriptive. Little attention is paid towards possible solutions. For instance, no projects aiming at improvement of accessibility of grants for middle class citizens are available nowadays. There are still no possibilities of higher quality interest-free loans or any other prepay investment into energy efficiency.

The state obviously does not invest into the improvement of counseling for lower income social groups either. It offers energy consultations but those are useful for educated people exclusively. The key to the solution of the energy poverty is consultation done in a way that is comprehensible for its target group. People that are endangered by energy poverty the most are at the same time endangered by social exclusion. They require a different kind of counseling. For instance, methods used by social workers should be applied there. One of the most important tasks for the Czech state to accomplish is to connect energy and social counseling. Abroad, projects are realized in this manner already. For example in Germany, they count on a wide network of social centers that are well equipped to work with the right target group. Workers in social centers need to be briefed about the issue of energy poverty as well because it can sometimes be challenging even for them. People in difficult life situation often fail to notice seemingly unimportant problems like leaking toilet. They do not have the capacity to deal with it, thus accelerating a further downward spiral of their economic decline. That is where social worker come in. Their careful guidance and practical lessons about proper usage of water, heating and electricity prove to be the most effective instrument of all. 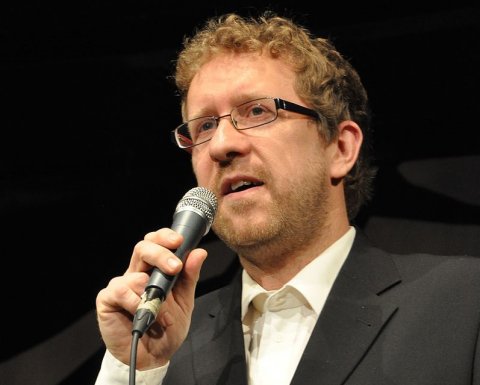 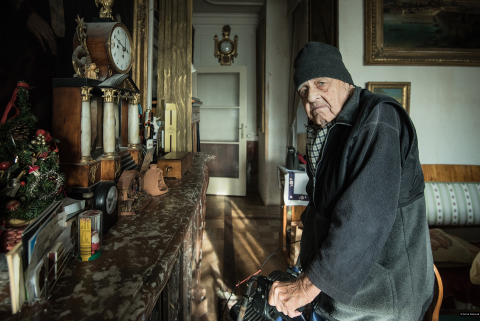 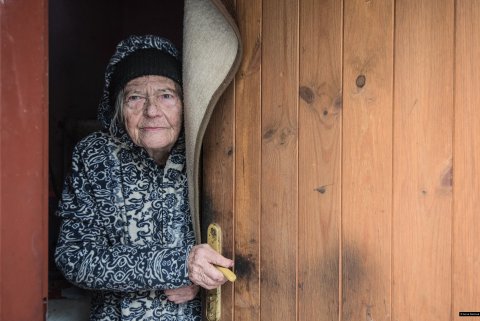 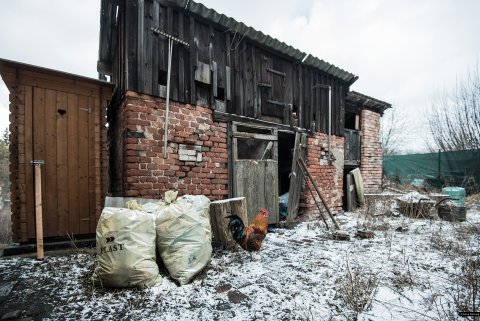 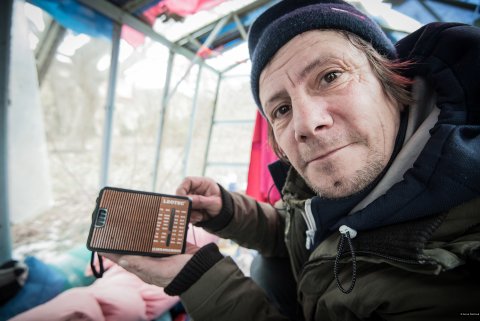 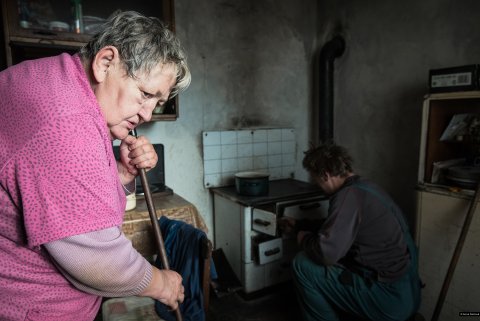 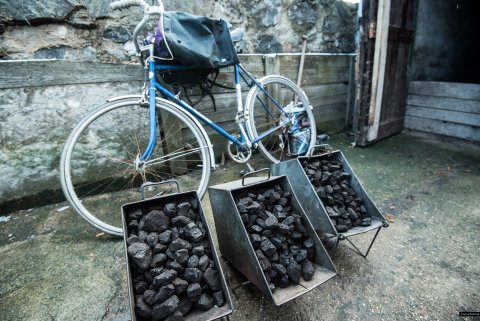